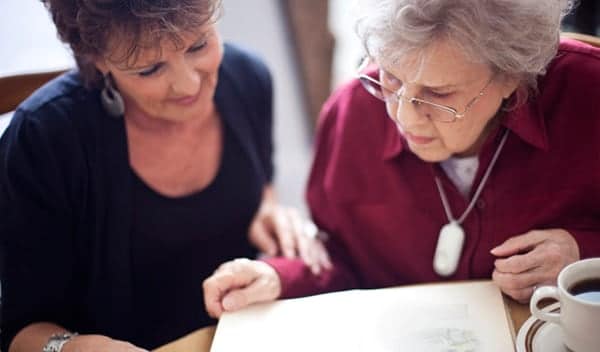 Even the most conservative estimates place losses from elder financial exploitation at $36 billion each year. And that’s just what’s reported to financial companies and the police.

“Elder financial abuse is happening in America at an alarming rate – if it was reported as often as it happens,” asserts Syracuse-based CPA and financial planner Ted Sarenski.

Why does elder fraud happen?

There several reasons seniors are particularly vulnerable to financial frauds, chief among them:

1.    Assets: “We have largest and wealthiest population of seniors ever as the Boomers age into the senior population,” explains Chicago area author Glynnis Walker, whose own mother was an elder fraud victim. “Elderly women are particularly vulnerable because they often outlive their husbands and end up with funds from investments, real estate and life insurance and they are lonely.”

2.    Loneliness: A landmark study from the University of California, San Francisco found that more than 43% of seniors regularly felt lonely. And loneliness has been shown to impair “executive functions” like reasoning and decision-making, which have a huge impact on our ability make smart choices and identify fraudulent and exploitative tactics.

3.    Trust: “Trust increases as people age, especially if they are getting attention from someone after being lonely for a long time,” Sarenski says. We’re more likely to trust people we shouldn’t, avoid asking important questions, and ignore suspicious activities. We also put more trust in people we think we “should” trust – like lawyers, financial advisors, neighbors and family members – and unknown scammers.

How does elder financial abuse work?

People who want our money have lots of ways to get it.

According to the American Council of Fraud Examiners, scammers most frequently rip off seniors via phone calls, followed by email.

These scammers call or email from an official-sounding organization alerting seniors to an urgent matter – often related to funeral insurance, medical expenses, Medicare or prescription drugs – that requires a payment of some kind. They ask for a wire transfer or credit card number to resolve the issue immediately. Good scammers sound authoritative and their requests are just plausible enough to be possible, which makes them unusually successful at tricking.

But it’s not just faceless strangers.

“The majority of elder abuse comes from a relative of the victim,” Sarenski points out. “It appears a family member is helping out when they are really taking advantage of their elderly relative. Non-relative abusers are often caregivers or neighbors who, again, appear to be helping.”

Walker’s mother, who had Alzheimer’s, was exploited people she knew, including neighbors and an attorney. They convinced her to rewrite her will and cut her daughter out of her life. You can read the whole story in Stealing Joy: A True Story of Alzheimer’s, Elder Abuse, and Fraud.

How can I avoid being a victim of elder fraud?

While wily criminals are always finding new ways to hide their malicious activities, there are a lot of ways to make it harder for them. Undertake as many of these senior fraud protections as possible:

1.    Safeguard assets by creating different levels of security for different accounts. “Put most of the liquid assets in one account,” Walker advises, and “make sure their are two signatories. I should never should have put my mother’s name alone. It made her a target.” Having a second name on the account can be a deterrent to criminals, who realize someone else is getting the statements and has to approve large payments.

2.    Set controls and alerts to stay on top of financial accounts, Sarenski suggests. Establish a maximum for cash withdrawals so anything over that is denied. Set similar limits for check and credit card transactions, and request notification when transactions exceed those. Bonus tip: Sign up for mobile, phone or email fraud alerts. Banks are great at flagging repeated payments to the same vendor, subtle patterns in spending and other potentially malicious accounts.

3.    Monitor accounts each month to spot unusual transactions and identify suspicious patterns.  Online and mobile banking is extremely helpful, especially for parents and children who live far apart. If your parent has cognitive issues, Walker advocates getting copies of all credit card statements, bank account statements bills sent to you so you can monitor activity. Bonus tip: Keep account numbers safe from wandering eyes by blacking out all but the last four digits on paper statements.

4.     Perform background checks and thorough investigations of anyone who is going to provide any type of care or housework for their elderly parent, Sarenski says. The same goes for attorneys, accountants and other professionals. Even if you can’t afford a formal check, look at online reviews, contact the Better Business Bureau and ask around your community.

5.    Pay attention to scams alerts from local law enforcement, government and senior service agencies. And make sure your parents and children know about them, too. Bonus tip: The FTC keeps a running list of scams on its website. Familiarize yourself with tactics so you’re better able to avoid falling prey to them.

6.    Don’t give out your account numbers on the phone or via email or text to anyone you aren’t sure about. If you get a call or an email requesting this information, call your local police station or sheriff’s office. They can tell you if this is part of a known scam.

7.    Report suspected elder fraud to the bank, financial institution or credit card company as soon as you spot it. Representatives will help you protect your account from further charges and suggest next steps. You may also contact law enforcement, who can tell you what information is needed to bring charges. “Seniors often don’t report the crimes because they are embarrassed or because they don’t want to lose their control over their lives,” Walker laments. But reporting is an important step to getting your funds restored.

8.    Get involved. Though challenging, it’s critical for adult family members step in as soon as elder fraud or exploitation is detected. “Look for proof that you could bring to authorities,” Sarenski says. “The senior [may] not be the person to rely on to tell you of the elder financial abuse for two reasons: they are embarrassed that they have been taken advantage of [or] they feel physically and mentally incapable of affecting change.”

Put these senior fraud protections in place address the causes of elder financial abuse and mitigate your or your parent’s risk of being taken advantage of.

This information is not intended as a substitute for professional financial, accounting, tax or legal consultation; it is provided “as is” without any representations or warranties, express or implied. Always consult professionals when you have specific questions about any financial matter. 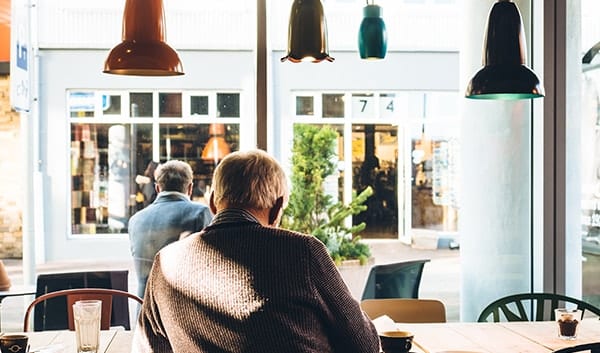 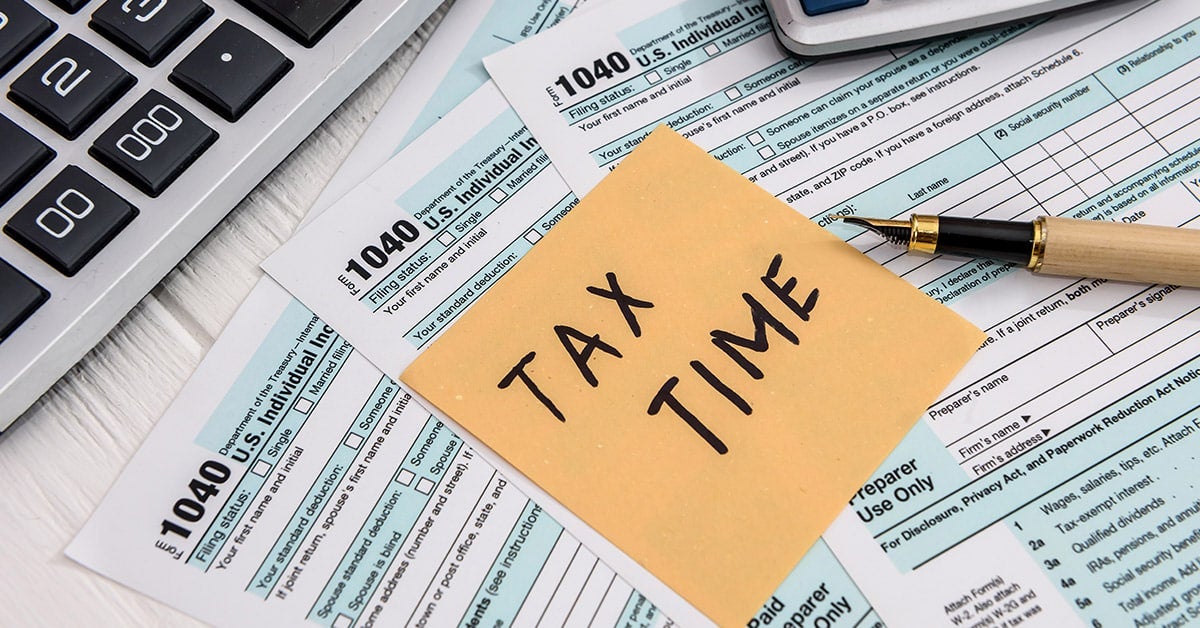 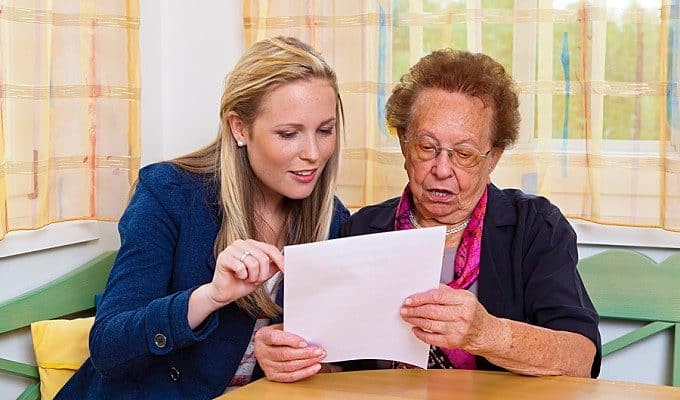 What Medical Equipment is Tax Deductible? 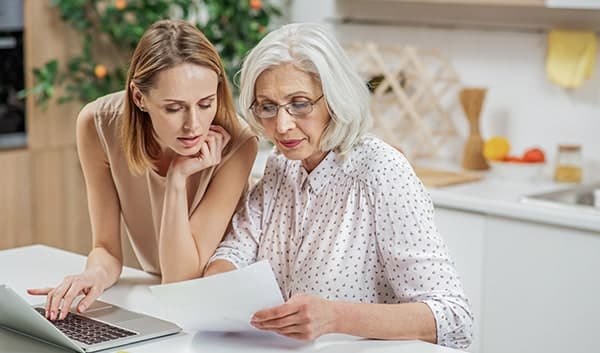 Understanding and Planning for the Costs of Aging in America